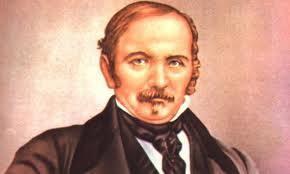 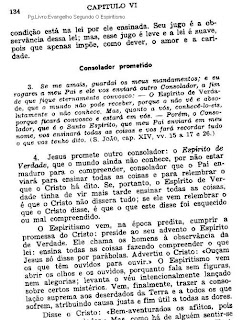 Inglês:  (Allan Kardec - The Gospel According to Spiritism - chap. I, items 5 & 6) ... Spiritism in the current panorama of the world, is really the Comforter promisedby Jesus ...
http://www.ieja.org/ingles/e_basknowl.PDF 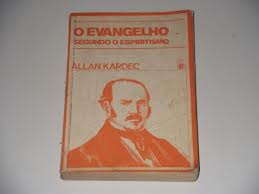 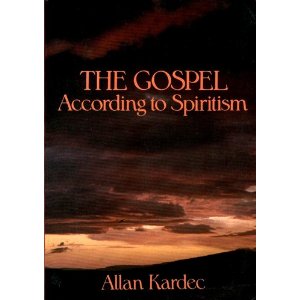 The Gospel According to Spiritism (L'Évangile Selon le Spiritisme in French), by Allan Kardec relates the teachings of Jesus to Kardecist Spiritism, the moral and religious philosophy that Kardec had been publishing. It is intended to demonstrate that Spiritism clarifies and extends the most important teachings of Jesus. It is one of the five fundamental works of Kardecist Spiritism.
The Gospel is a splendid book - elegantly written, radiant in its prose, and a source of charm for the speculative imagination. The book celebrates Allan Kardec's discovery of the Christian message through the poetic longings and devotional confessions of those who have already crossed the great river.
The author:
Allan Kardec is the pseudonym of the French teacher and educator Hippolyte Léon Denizard Rivail (Lyon, October 3, 1804–Paris, March 31, 1869). He is known today as the systematizer of Spiritism for which he laid the foundation with the five books of the Spiritist Codification.

A verdade deve ser dita The truth must be told

The truth must be told, said evangelical preachers, teach many nonsense interspersed with biblical passages, encouraging prejudices against other religions and minorities, and that all the bibles in Brazil, the translations in Portuguese, are biased, not giving many passages in the ancient texts written in Hebrew, and Greek, existing in Israel. And many people followed their pastors and bishops, imagine themselves faithfully following Jesus Christ when in fact follow what they are told by their religious leaders, based on these bibles translations biased. There are pearls in the Bible, but that they should be screened, to be found among many nonsense contained therein. The bible more liar, is that of Jehovah's Witnesses (New World Translation of the Holy Scriptures), which in some parts ha to words created by Allan Kardec, as spoken by God, as in Deuteronomy 18: `` Medium, spiritualist. ''. Since most do not want to study, they prefer to get everything mastigadinho, hear these pastors, who know nothing of the spiritual world, that the whole phenomenon superior call on natural, they actually are not, are just natural phenomena, just unusual, they call: Miracle on natural.'', which is reserved at times science explain the future. Everything was created by God, then everything is in nature, there is a natural on. Matter who it hurts, silence is consent, and the truth must be told, and so are my days. Jota Pedroso, Canoas city. Rio Grande do Sul, Brazil

Do not be fooled ..., study in depth, in theory and in practice. Many follow their pastors and bishops, imagining they are following Jesus Christ. 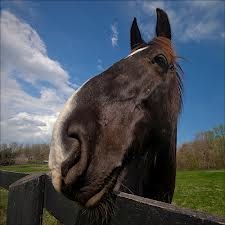 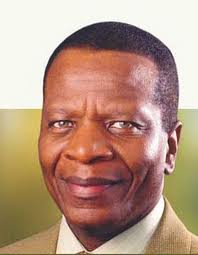 WE EXTEND OUR HANDS THE ENTITY MAINTAINED BY BROTHER RAUL TEIXEIRA.

COLLABORATE ((share)): WE EXTEND OUR HANDS THE ENTITY MAINTAINED BY BROTHER RAUL TEIXEIRA. Collaborate with any amount Urgent: Funds for Project Remanso Fraternal established and maintained in Rio de Janeira by Spiritist speaker Raul Teixeira and that currently, due to health difficulties Raul Teixeira, is in serious financial difficulties.

The SEF was founded on September 4, 1980, Niterói, RJ, with the purpose of studying and disseminating the Doctrine and practice of Charity, according to the principles codified by Allan Kardec.

mission
"To promote the moral and intellectual education of the individual, based on the Spiritist Philosophy, undertaking social activities, contributing to his best performance in society."
vision
"Being an institution organized based on the Spiritist Philosophy, and reference in the field of education and social action."
Any amount, deposit now.

Actions and Words of Light
With patience we will get it all in, where we can at the exact time, terms gradually able to see, know far more accurately, things all of this other dimension, the spiritual world, which we all are part, because we are eternal friends brothers, time travelers, the homes in mansions, progressing, progressing in the great house of the Father, the Universe. We searched trying to find out, learn, see and hear, all that we know exist, and that it saved our souls at heart, like memories, memories intuited that even a sort of intuition, leads us feelings, feelings that come to us through that emerges from the unconscious, seeming to sense the truths stored in memory. Memories, memories, learning, our spiritual luggage, each of which brings us, and we carry aspiring future, toward the light of knowledge, the perfect happiness of being that exists in the place called heaven, and will acquire in this process, and performing the service of God, the most beautiful work that is done in ourselves, by ourselves, the growth within each of us, that one day we can become, turn into stars in the star, and then radiating the rays the light of love that life before sowing the infinite greatness of the times, see the past, uplifting, worthy of fighting, which all come in the direction of God, our Father, mind, greater awareness, the center of the universe, where one day have permission to enter and live, the heavenly paradise.

We deceive ourselves, when we act like children when we expect others to come and love us, but we do big hits very well when we met each other and then we love them, even loving those without hope, live so they love each other as brothers, illuminating our own lives, and paths, then it is a great truth, that in doing so made ​​a big hit with our acts of love, words that are light, directed the consciences of the brothers, and hearts of all our brothers, followed by life, the marks of the footsteps of our Master Jesus. At mediumistic contact with the Holy Spirit Landell de Moura, the MTC Jota Pedroso, in southern Brazil, on July 25, 2012

In a few moments of life, we sometimes see that those who are richer, are precisely those who are in a pobresa greater than that of the poor.

Men of science for truth and a better world through the knowledge
Reincarnation and Biology with Dr. Décio Iandoli Jr.

About materializations of spirits in the 60s, where the O Cruzeiro magazine published an article stating the case of fraud, was the time the fraud was unmasked magazine Cruise, trying to action against Spiritualism. Search the web the report of the technical expertise of the State of São Paulo, which unmasked the intentions of the magazine who swindled by disclosing matters that occurred in the distorted reality of genuine phenomena. Report that states among other details that there is no fraud in the materials and photos examined. In the print part of this technical report of the scientific expertise of the State of the time, of place. You can check the matter in its entirety in the web link 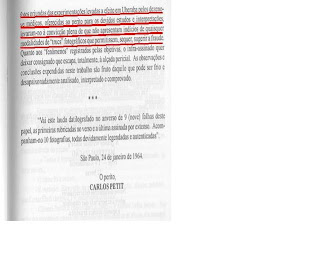 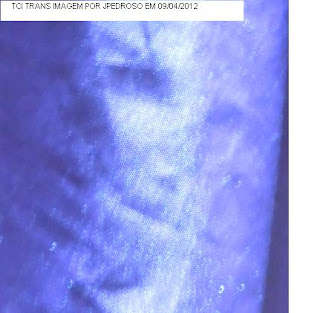 The object of the photo, was simply an illuminated tissue, but the picture appeared well.

Invitation to Spiritual scientific study group:
Hello friends I am pleased to announce the creation of the group to study all these phenomena involving Spirituality, EVP, EVP, TCM, and invite you to participate, and we all we can develop within a perspective of Scientific Spiritualism, transcommunication , to dialogue, study in union with seriousness and respect that these studies require. You my friends, my brothers of all countries, are invited for free to join us in this Facebook group to which I belong as an administrator:

In this link, a Brazilian forum with many posts on global tci, itc, evp, fve , where we can enter in the register and have dialogues with other researchers:

YOU CAN NEVER TELL

When Dr Marlin was a young medical student, he had pretty strong convictions in the stupidity of cluttering up the world with people who are hopelessly ill and handicapped. He war s strong advocate of euthanasia. He used to argue about it with other students in his class.

“But that’s what we’re for,” they protested, “to take care of the lame, the deaf, and the blind.”

“Doctors are here to make sick people well,” Marlin always countered, “and if nothing can make them well, they’re better off dead.”

On his hospital duty one night in Marlin’s senior year, he delivered a baby to a German immigrant woman in the slum section of the town. It was born with one leg a good deal shorter than the other.

Force of habit made Doc blow into the baby’s mouth to get him to breathe, but after a moment, he thought, “What the hell! All his life, he’ll have to go around with the awful game leg. The other kids will call him “Limpy.” Why coax him to live?

“The world will never miss him.”

But, the doctor in him was strong, and somehow he couldn’t stop trying to make that small pair of lungs begin working, so he started again. Finally, there was the gasp he’d been waiting for, the rush of red to the baby’s face, and then a feebly protesting walk.

Doc picked up his bag and left, kicking himself all the way across town. “I don’t know why I did it,” he grumbled. “Too many children already in that poverty-stricken home. Why did I save this defective one? The world would be better off without such cripples.”

The years went by. Doc moved to a small manufacturing city and built up a large practice there. His youthful radicalism was now gone and Doc was just another plodding, always tired physician, working like a dog to keep people alive no manner how much better off they’d be dead. Old Hippocrates had won.

Doc had his share of troubles. His only son and his son’s wife were killed in a car accident, and Doc took their baby girl to look after her. Doc adored her. The summer she was 10, Barbara woke one morning complaining of a stiff neck and in her arms and legs.

At first it was thought to be polio, but it turned out to be a rare virus infection that occurs so seldom it rates only a brief reference in medical textbooks. In all his long practice, Dr. Marlin himself had never run across a single case of it. He called in neurologists, who shook their heads. They said there was no known cure for the disease, which always progresses slowly to a greater or lesser degree of paralysis.

“There’s a young doctor, however, who wrote an article recently about his success in handling some of these cases,” one of the specialists told Doc. “The name is T J Miller. I’d get in touch with him if I were you.”

Doc took Barbara to the small private hospital where Dr Miller had instituted crippling diseases. Doc noticed that he walked with a decided limp.

“This lame leg makes me one of them,” Dr Miller said, as he noticed Doc’s glance. “I let the children call me Limpy and they love it. In fact, I like that better than my real name—Thaddeus—which always seemed to me rather stuffy. You see, like a lot of kids, I was named after a young medical student who brought me into the world.

Dr Thaddeus Marlin swallowed hard. He remembered how, when he was a young medical student he had said to himself. “The world will never miss him.” How blind he had been in those days!